The story is born in the heart of an old grandfather clock. It is Marc Chagall’s ‘The Grandfather Clock With Blue Wing’ and also the house of Colette Garrigan’s grandfather, the cottage in Reepham Norfolk where Jack Bracken lived.

We go back in time to visit grandfather once more. The first part of the story is like a window into the life of Chagall and a parallel with that of Jack. The ticking of the clock and the rhythm of life. Life punctuated by events that; with the passing of time become memories. The second part of the story is a sensorial visit, memories of a summer’s afternoon and a little girl’s stroll in the English countryside. 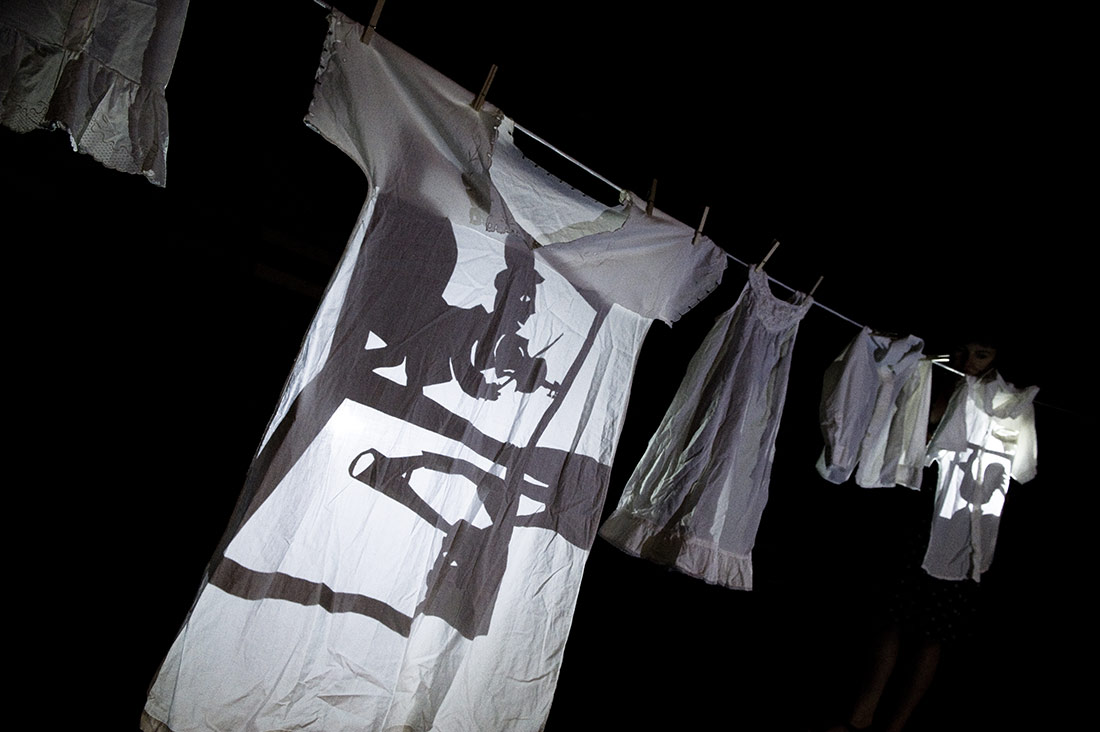 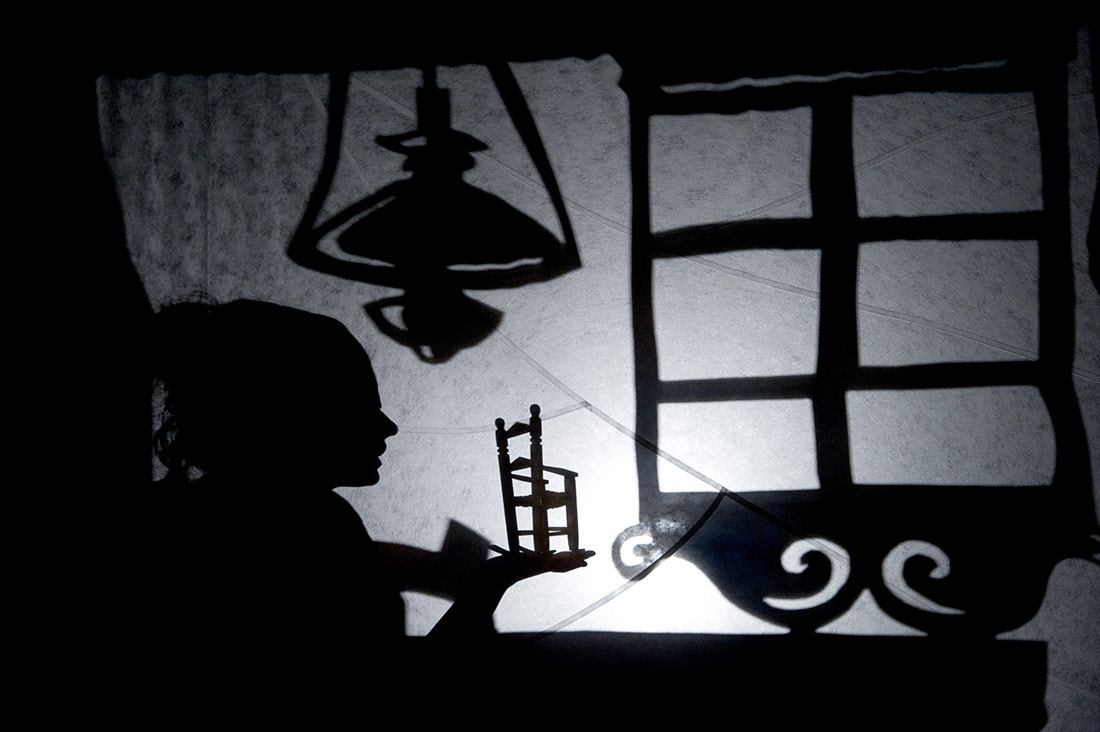 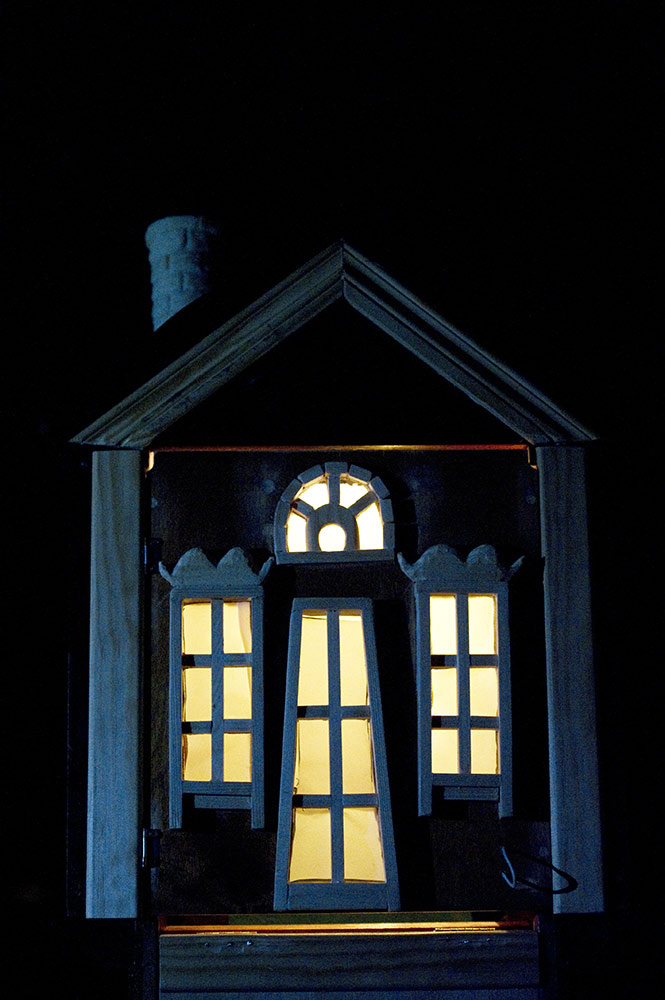 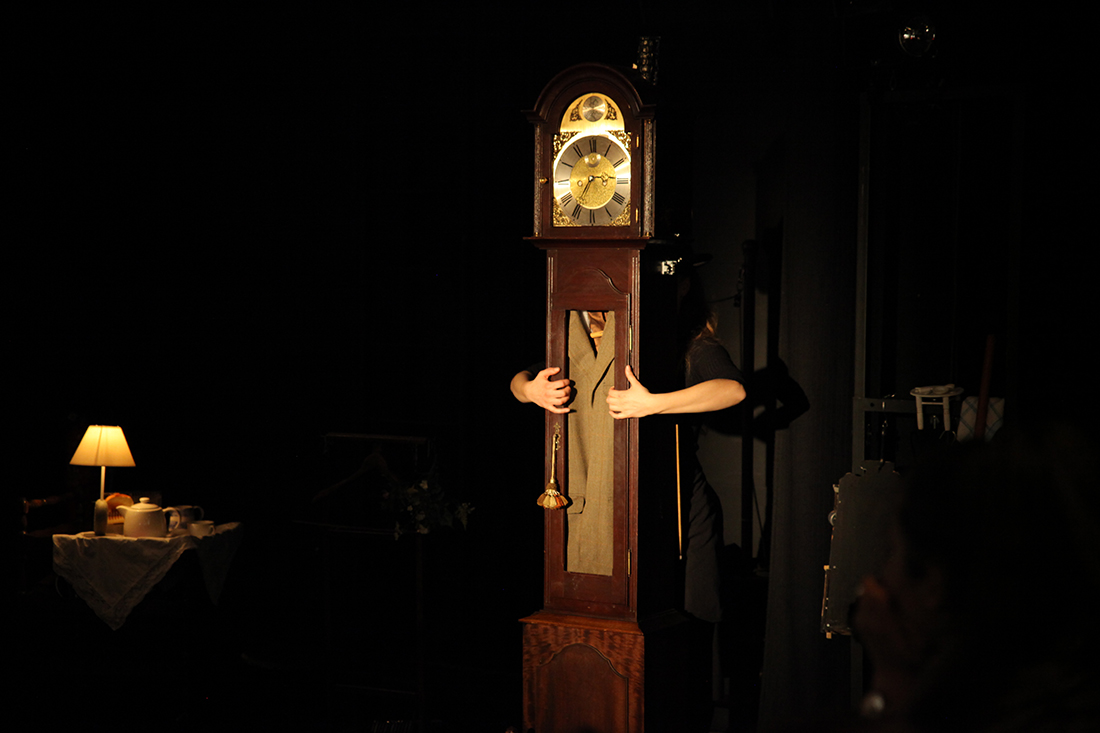 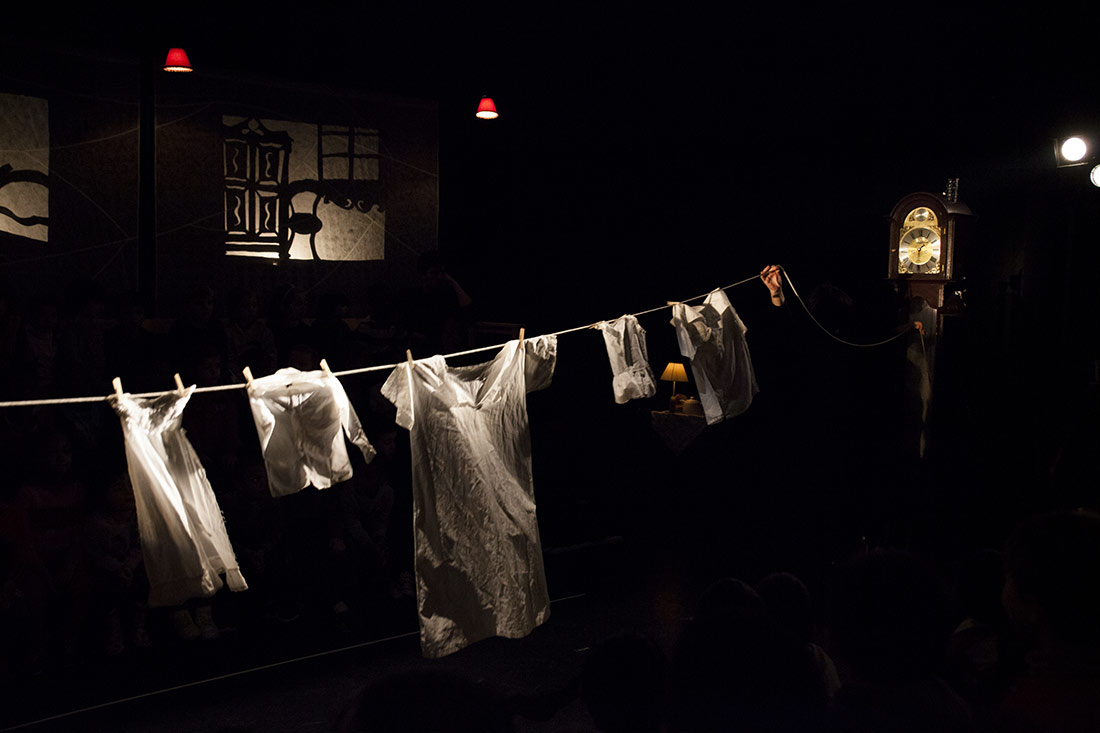 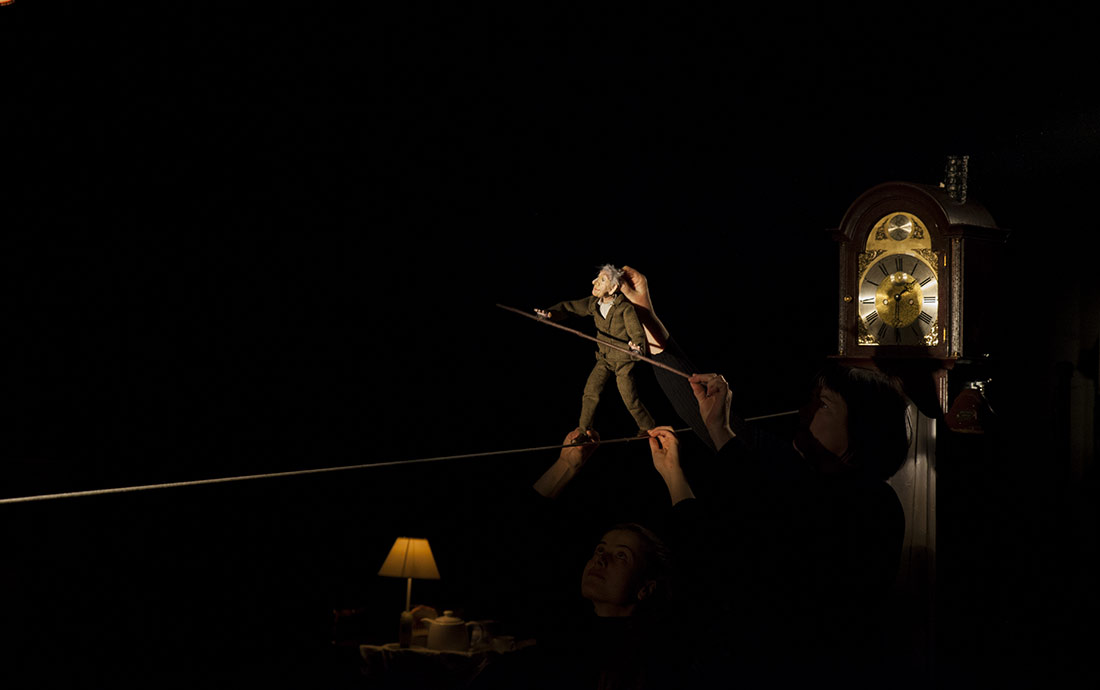 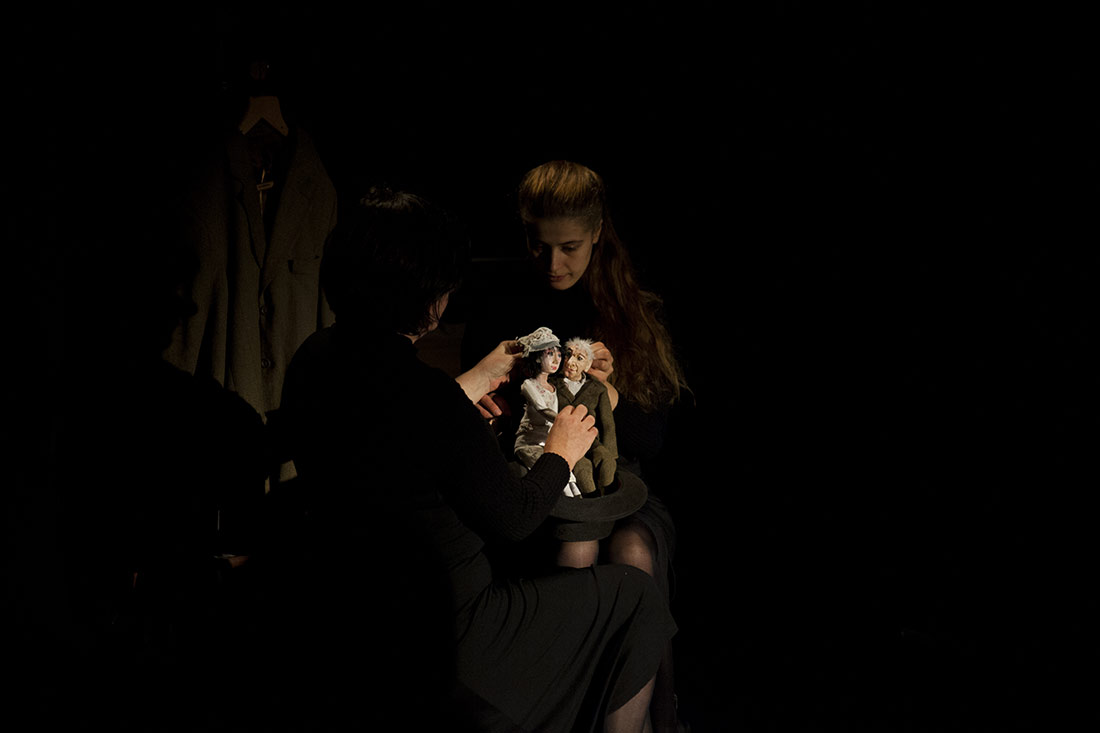 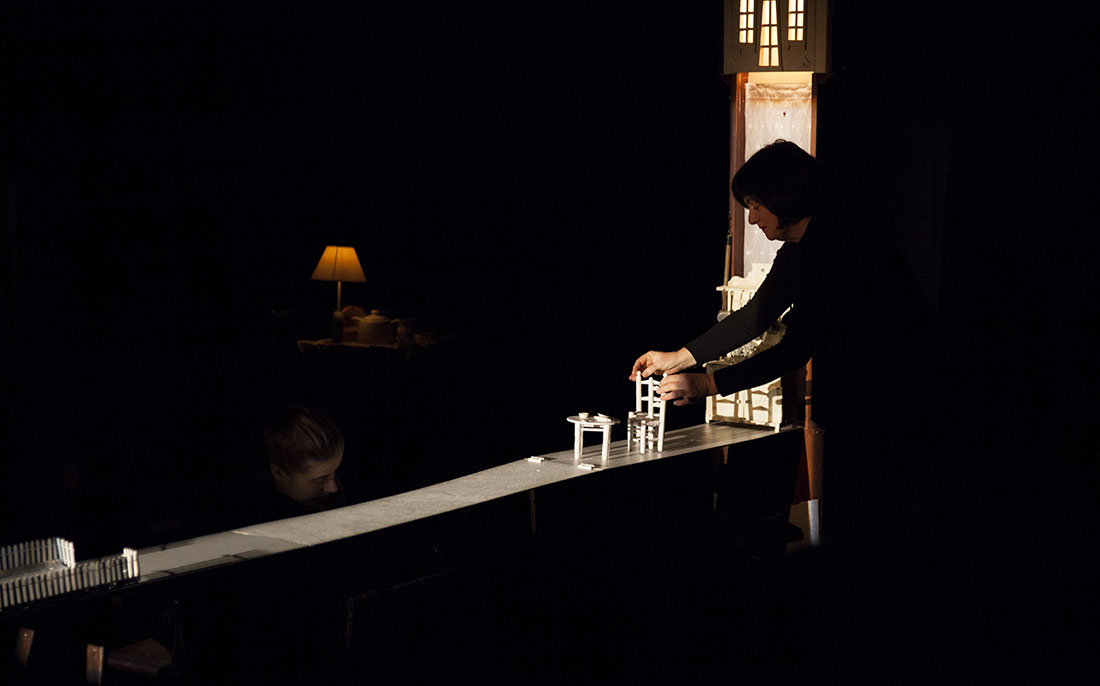 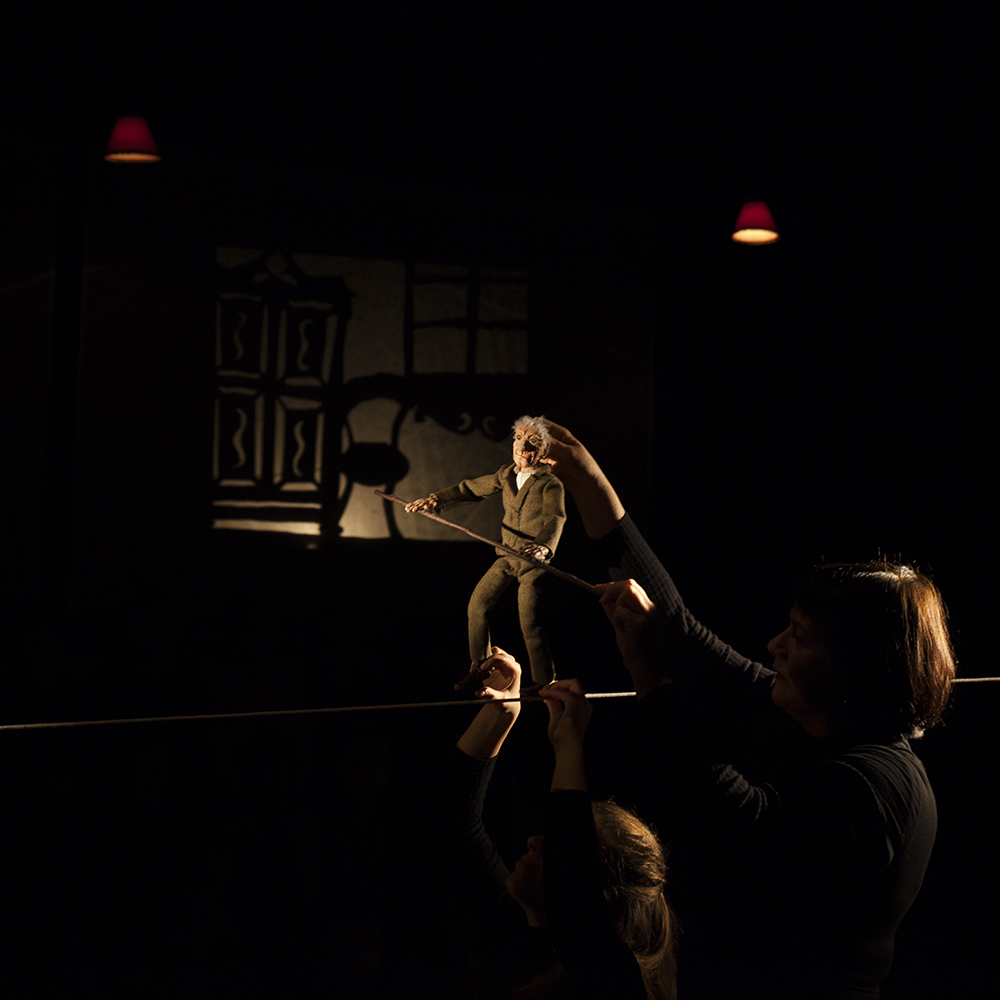 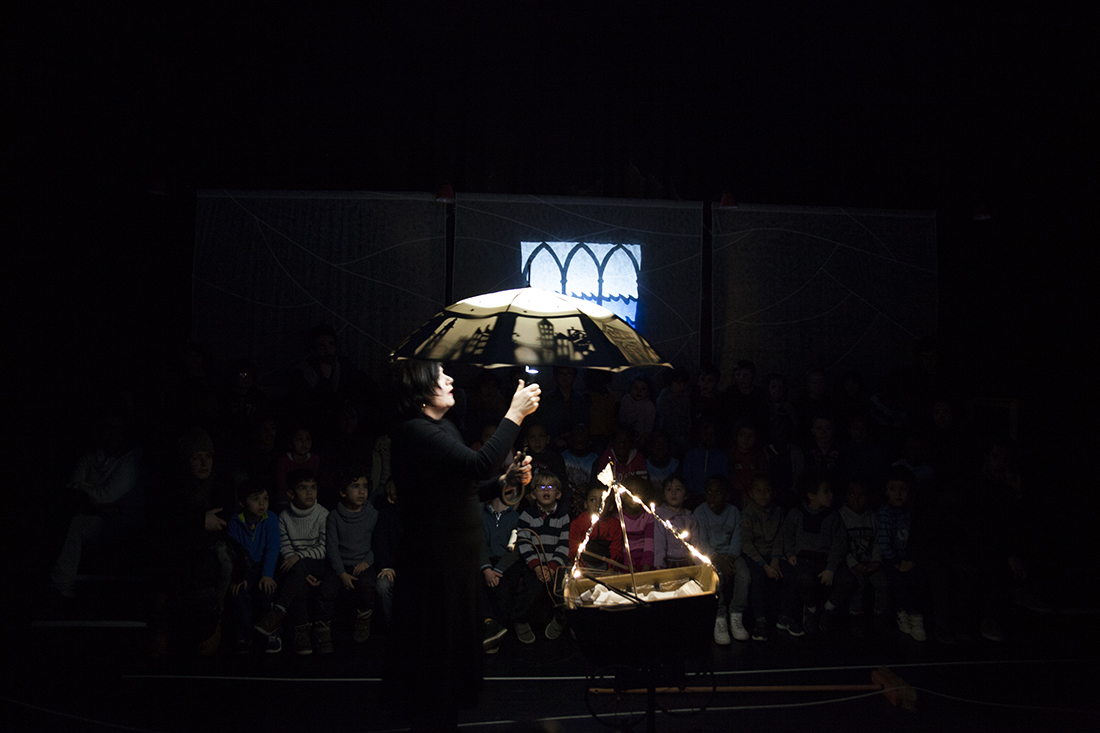 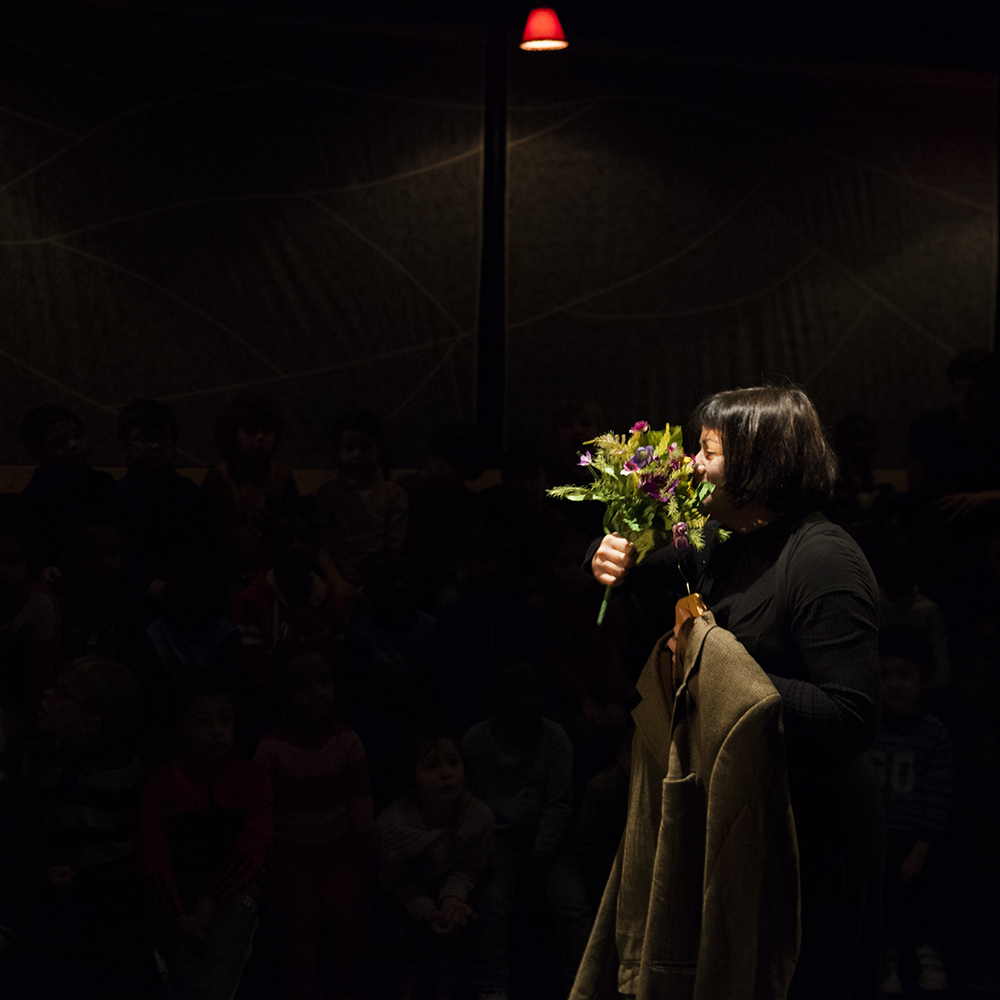 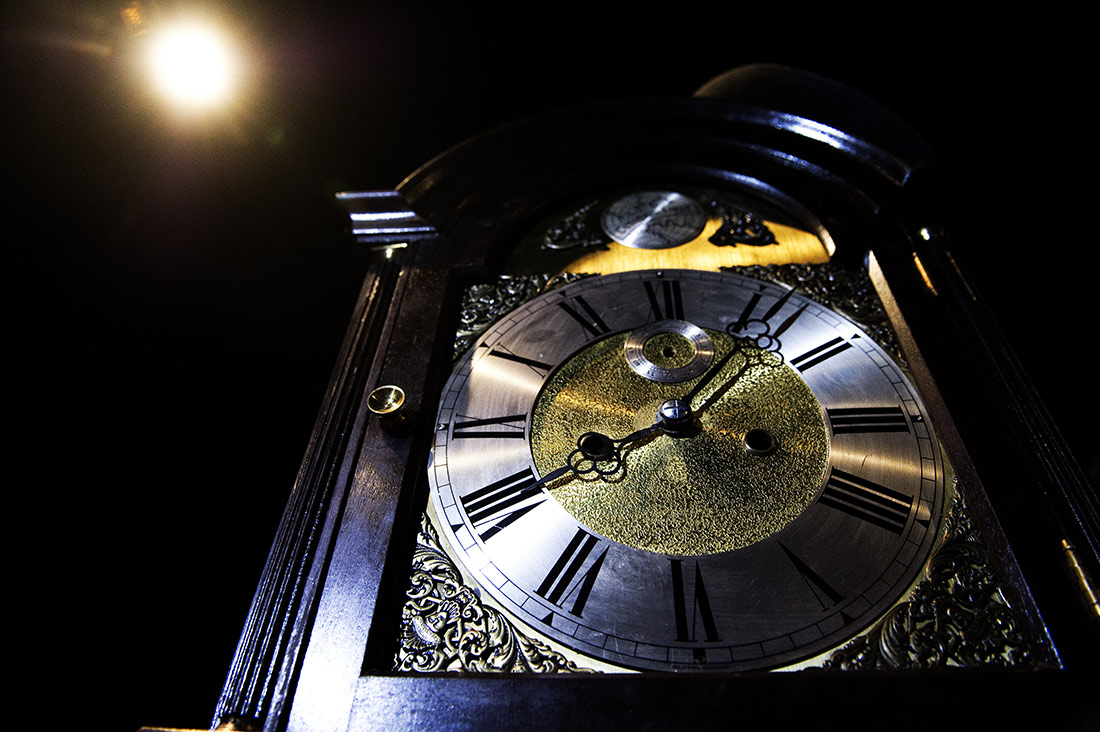 After ten years working on shows for teenagers and adults, I wanted to return to make a show for young children. And I was very soon aware that, like in most of my shows, in order to write I call on who I am or who I was! For each creative process I take great care to know whom it is that I wish to address myself to, and then I look into my own story, my memories weave themselves into my writing. For my shows aimed at a teenage audience I spoke about my teenage years in Thatcher’s Liverpool. Now that I want to speak to children of 5 and upwards I find myself listening to the little girl of five that I was. The happiest childhood memories I have are those when I stayed in Reepham, a little village in Norfolk, in my Grandfather’s house.

My grandfather built four grandfather clocks during his life, one for each of his children. I was given my mother’s a few years ago. It no longer worked but had pride of place in my living room. I decided to use the clock as the starting point for the set design and a little while later, I stumbled upon Marc Chagall’s painting,’ The Grandfather Clock With Blue Wing. The clock symbolises my Grandfather’s house and like for Chagall it becomes the keeper of memories. I was inspired also by an etching by Chagall, created in 1923 and called ‘Grandfather’s house’. This etching is part of a series in black and white depicting day-to-day family life. This is the theme of the first half of the show. From out of the clock, from out of this box of memories come fragments of my Grandfather’s life, so similar to that of Chagall’s. Poetically and gently touching on the themes of the loss of their first wives, temporality, the thread of life. And the arrival of their second wives; and the return of happiness and joy.

We see in my show elements that Chagall uses in his paintings; bouquets of flowers, the cockerel and the musicality of the pendulum … then my own memories arrive on stage. The clock is turned around and becomes a doll’s house. We enter into the landscape of the English countryside, a promenade punctuated by Chagall’s images.

It is a sensorial journey. Light, a fanfare of colour, music, the smell of toasted bread, the sound of the pebbled path, love, life. A real Chagall painting!!

The first question I asked myself at the beginning of this creative process was the place of the audience. And I found the response once more in Chagall’s works, notably those created during the period consecrated to the circus. The relationship between the public and the stage! I was going to have raked seating built as part of the set! The audience is close to us and we are close to the audience, like at the circus! 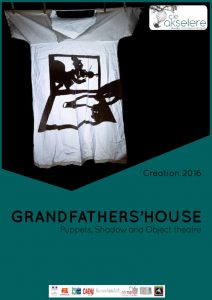 A show suitable for ages 5 – 11.
Puppets, Shadow and Object theatre

Production: Association Cie Akselere
Coproductions : Espace Jean Vilar in Ifs France and the bOing! Festival – Gulbenkian – Canterbury, Kent. Supported by the National Theatre SN61 in Alençon and the Town Theatre, Halle aux grains in Bayeux and the EPSM in Caen.