We are in Scotland, in a room in Dunsinane castle. Lady Macbeth has just taken her own life. It is the moment of Acte V scene V in the famous Shakespearian tragedy commonly known as ‘The Scottish play’. Her husband’s fate will be sealed in seven and a half pages, that is how the bard wrote it ! And that is the time Lady Macbeth has to tell us how they got into such a pickle!

The power of the invisible. The guilt and torment. Shadow bows to the service of the dramaturgy; the set becomes the experimentation ground for the manipulation of objects and the spoken word… Shakespearian of course! 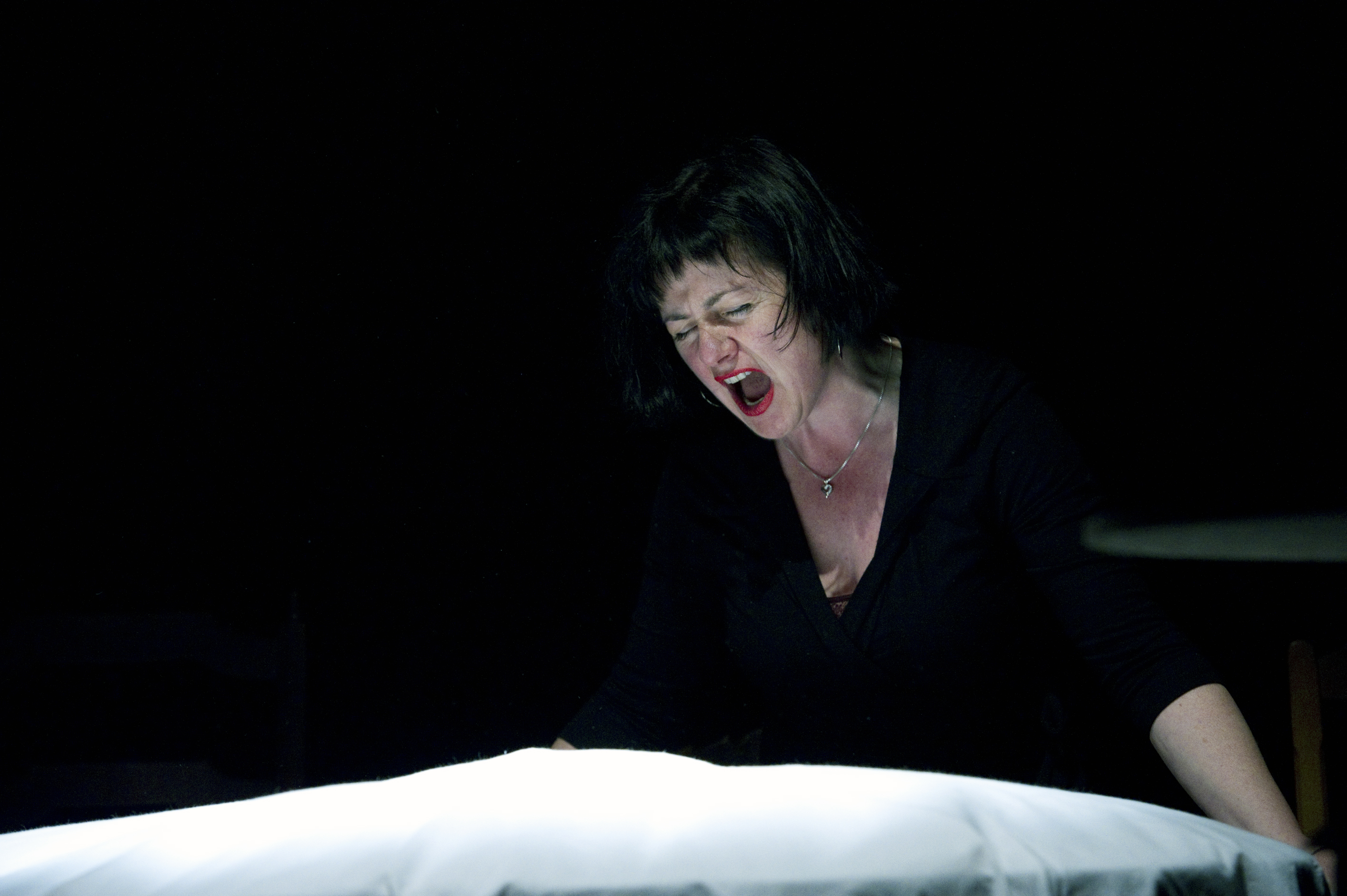 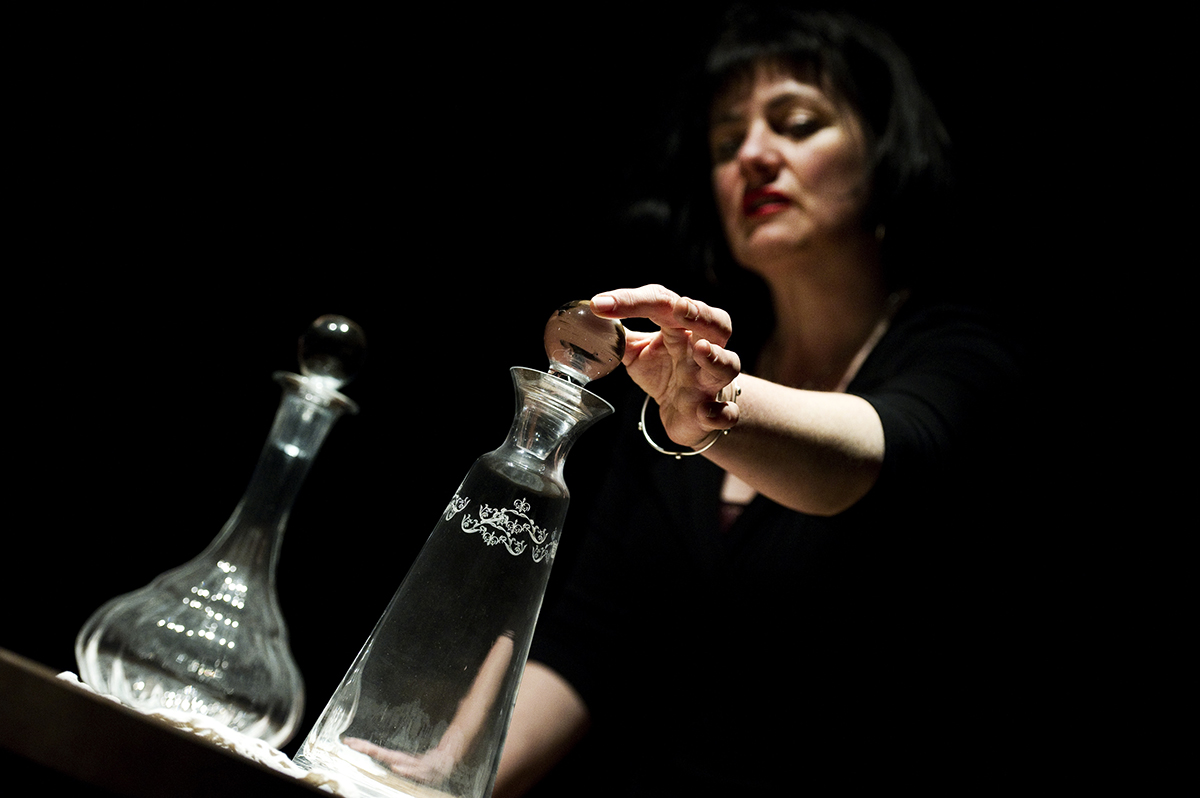 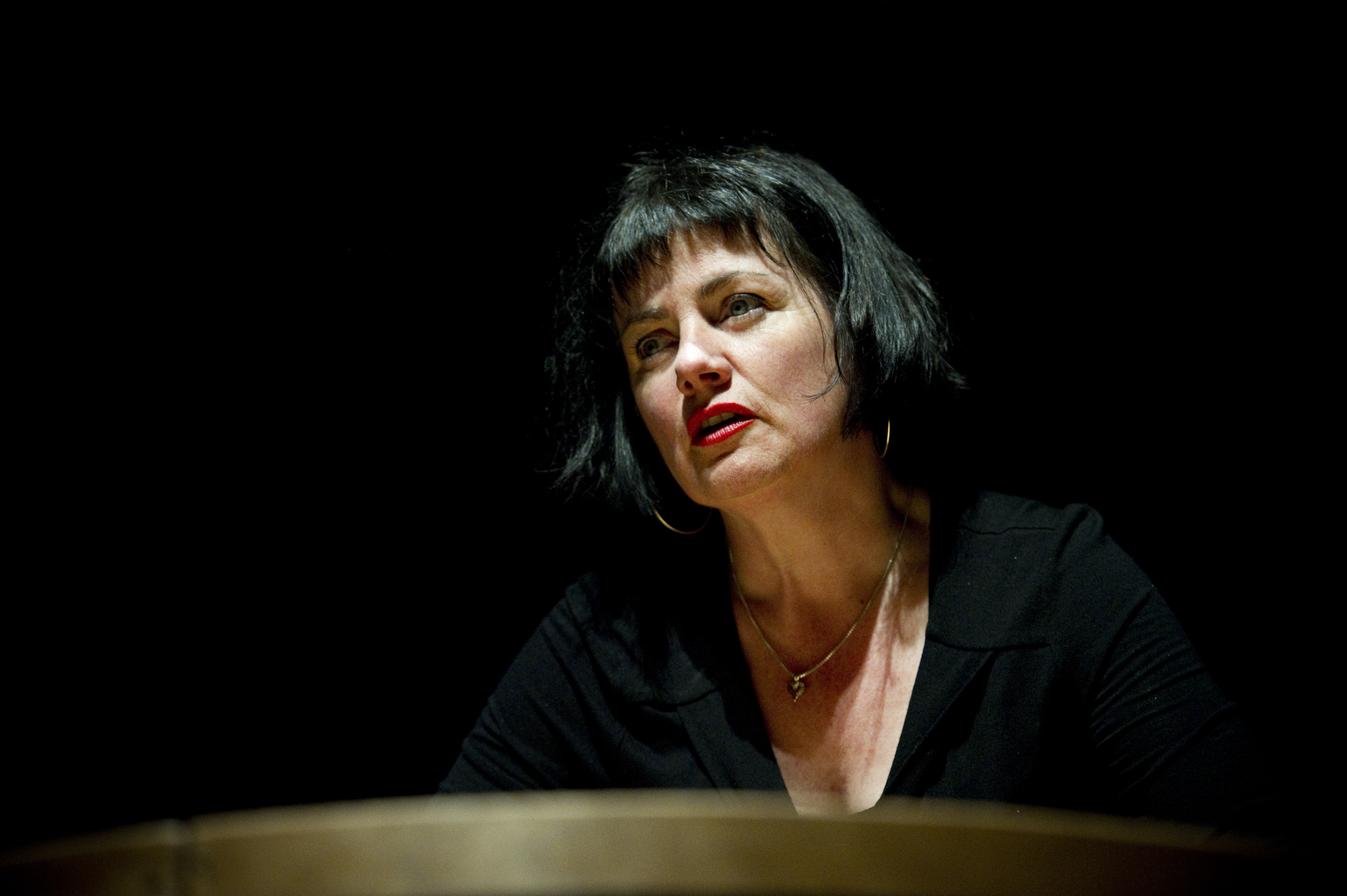 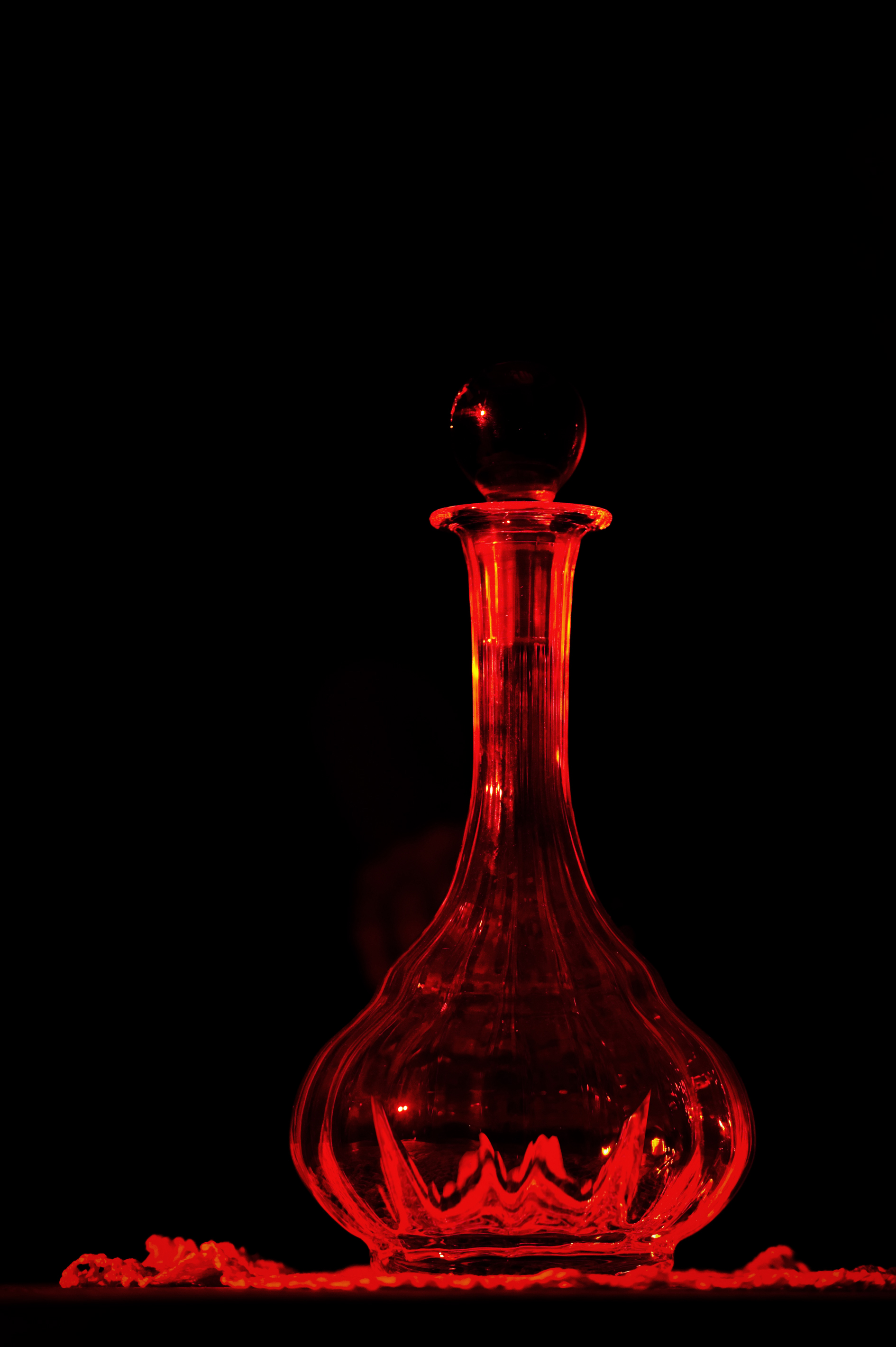 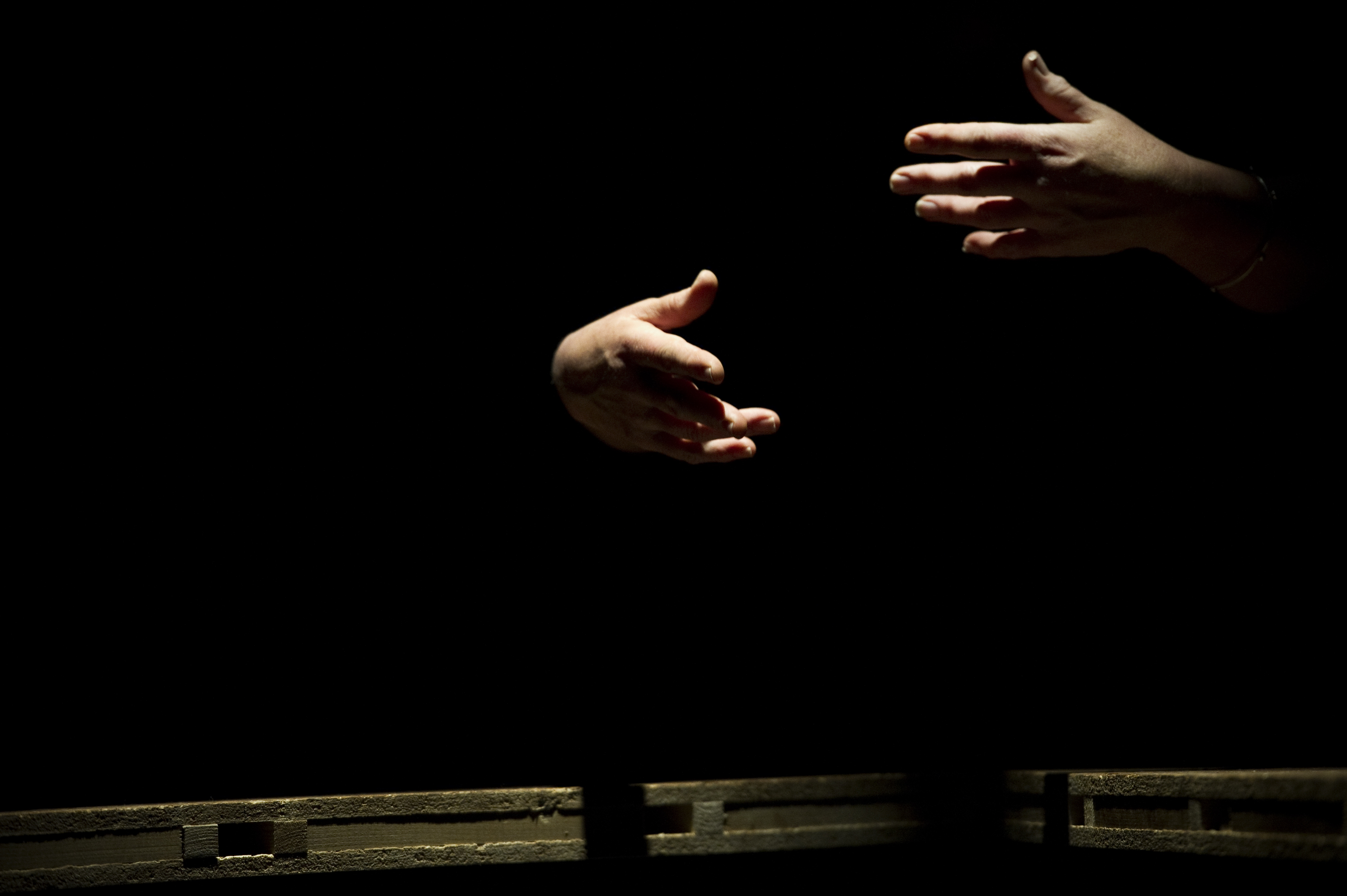 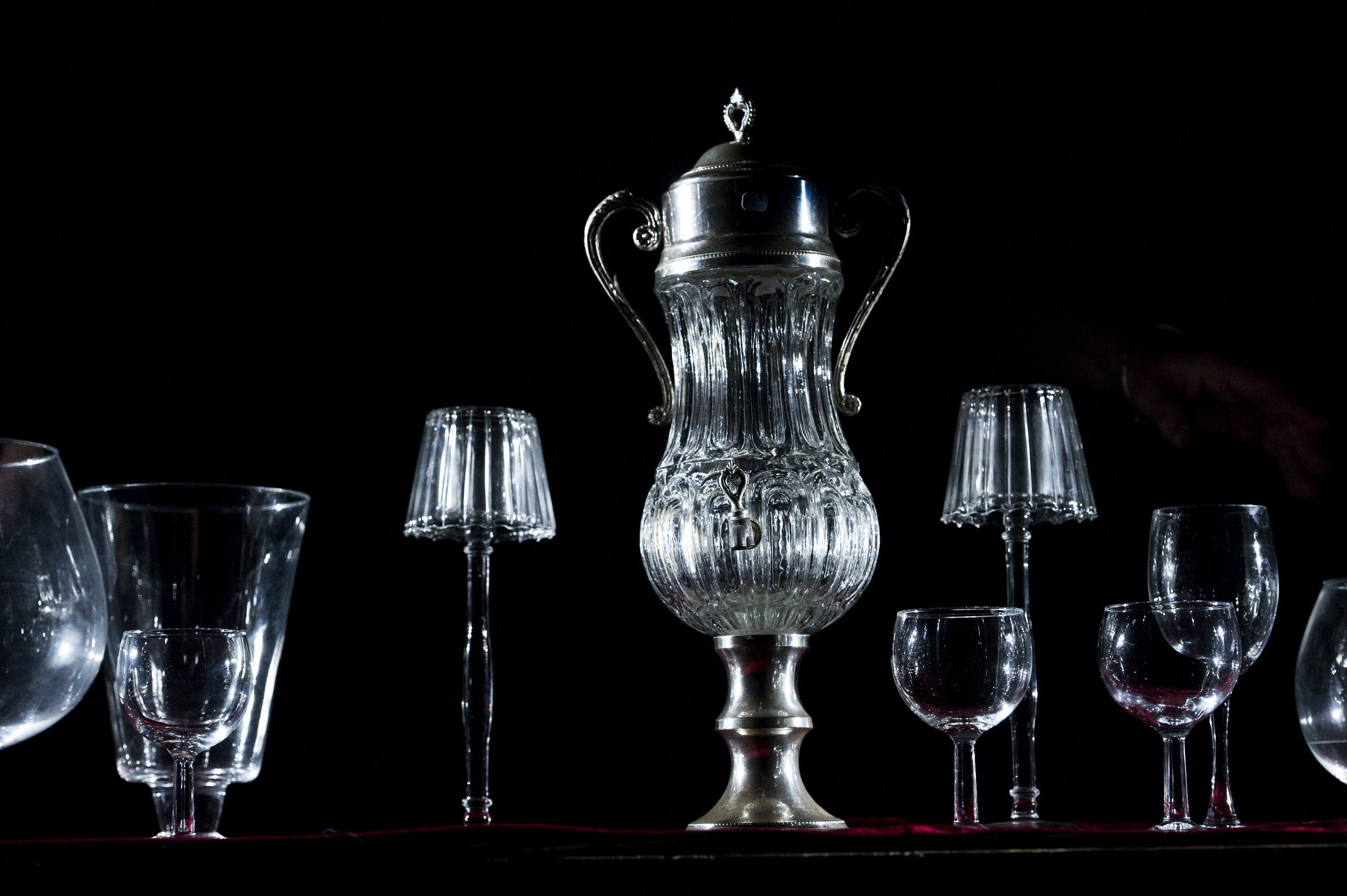 It’s from the top of that hill that it all started. A red veil falls into my hands. With the wind and rain as playmates the manipulation begins. This blood red veil changes shape, becomes alive at the summit of Arthur’s seat – the mountain overlooking Edinburgh – a woman appears: Lady Macbeth. From where I stand, I see everything.

The blood, the castle, the wind and the rain. What more to ask as inspiration … and then it becomes obvious: I have to tell her story. 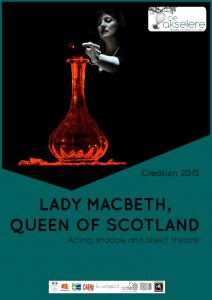